Any visitor to Mexico can tell you about the pristine beaches, world-class archaeological sites and friendly people, but those who have really experienced Mexico first mention the food. Mexican food has been captured in film, discussed by historians, talked about on television shows, reproduced by multi-national food companies, written about in literature and even honoured by the United Nations as a cuisine of international importance.

Spice up your meals with authentic Mexican tradition and flavors

Immediately after booking their cheap holidays to Mexico on websites such as Holiday Hypermarket, gourmet travelers can start preparing for a real ‘foodie’ experience: this country offers countless local traditions to be experienced, and recipes that you can take home and use.
First, it is useful to see what the United Nations Educational, Scientific and Cultural Organization (UNESCO) said in awarding Mexican cuisine with its one-of-a-kind honour. UNESCO writes, ‘Traditional Mexican cuisine is a comprehensive cultural model comprising farming, ritual practices, age-old skills, culinary techniques and ancestral community customs and manners. It is made possible by collective participation in the entire traditional food chain: from planting and harvesting to cooking and eating.’ So at its most holistic and pure, Mexican food is about not only passing along traditions in the kitchen, but it is a communal activity with people involved in growing food also.

Mexicans use several key ingredients: usually corn and maize for tortillas (though sometimes flour is used), beans (local favourites such as black and pintos have been used for centuries and precede Columbus), and spices that are combined with tomatoes to make salsa (generally much runnier than salsa purchased in the supermarkets outside of Mexico).

Spice up your menu with tasty Mexican cuisine

Of course, wealthier Mexicans would incorporate meat into their diet – often chicken – though we must remember that Mexico is a large country, with different traditions in its various regions: for example, for those closer to the water, fish and other seafood makes up a much larger part of the diet, and indeed, a wonderful seafood paella (incorporating traditions from Mexico’s Spanish colonizers) can be had at reasonable prices in the villages and towns near the Gulf of Mexico or Pacific Ocean.

Excellent food recipes can be found using these ingredients, though it is the ethos the UN mentioned, and the local people of Mexico, who make the food special.

For more food and travel ideas on Stagetecture, click here. 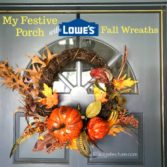 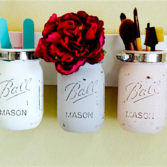 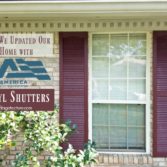